The nasty ‘F’ word – Are you guilty of its prevalence? 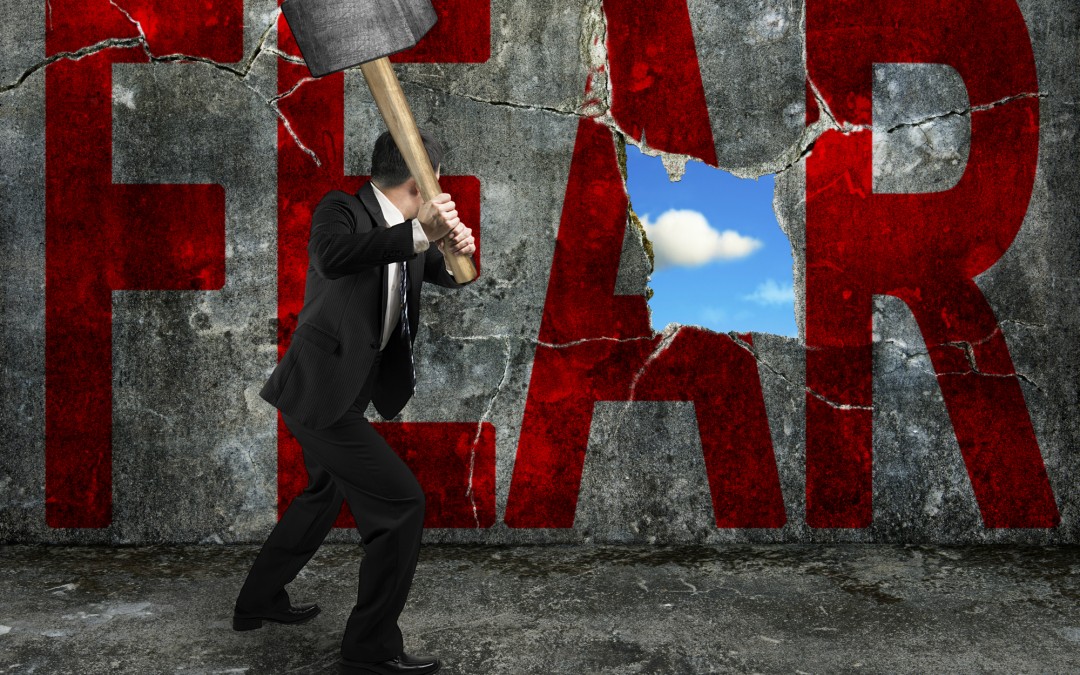 It’s a word we all know…. We all hold it inside until it bubbles up and spouts forth. It can limit your career, prevent relationships from forming and stop you from achieving your goals.

The dirty ‘F’ word I’m talking about is: FEAR.

It is the one constant I see in my workshops. Often people have come to the end of the line – they know that fear is holding them back. It is preventing them from speaking up at meetings, from delivering that pitch and from becoming the leader they know that they can be.

Why does it occur? Why should we be overcome by fear and doubt when all we are doing is speaking, not swimming with sharks?

Fear is a physiological response to risk caused by stepping out from the familiar. Seth Godin summarises it well when he writes “Risk is real, fear exists only in our imagination”.

So take a deep breath and tackle the five ways to beat fear into submission and get on with the job.

We need to accept that a certain level of nervousness is normal and that everyone feels them. Sometimes we think we are the only person who feels nervous: other people do, it’s just that they have more experience at hiding them!

2. Face the fear and do it anyway

Fear thrives on avoidance – the longer you put it off the bigger the beast grows. It’s like when you’re lying in bed on a cold winter morning, saying to yourself “I really must go for a run this morning… I’ll just wait for a couple more minutes…” Unless you jump up there and then, you’re never going to do it.

3. The power of practice

If you suffered from arachnophobia, a psychologist may use exposure therapy to help you overcome your anxiety. What they would do is expose you to the spider without risk. So you may be asked to enter a room with a spider in a jar. The idea is that over a period of time, as your anxiety reduces, you go closer and closer to the jar and eventually pick it up.

I find that with people who fear public speaking often go to great lengths to avoid it. Try the opposite – join a public speaking group such as Toastmasters, Rostrum or Penguins and start your own exposure therapy routine.

4. Ignore the voice in your head

Herb Elliott was one of the world’s greatest runners. In the 1960 Olympics 1500m event, he beat his closest opponent by eight metres, breaking his own world record.

In interviews many years after the event he tells how at the half way mark the pace set by the front runners was so ferocious he was lagging behind in fourth place. The ‘Man on his shoulder’ as he called the voice in his head, said “It’s all over, Herb you’re buggered”.

But his many years of intense training was not just about developing peak physical condition, it was also training himself to ignore the voice in his head. He over-rided the voice in his head by saying to himself “Nah, this is like every other race I’ve run – now is the time to pick up the pace.”

One of the things fear does is to release adrenaline. Adrenaline causes all those  side effects we associate with being nervous: sweaty palms, rapid heart rate and breathing, butterflies in the stomach, dry mouth and shaky legs.

If you watched the athletes at the recent Olympics, you would have seen them do similar things. They physically ‘shake’ off the excess nerves and they breathe deeply. Breathing deeply cuts off the vicious feedback cycle and sends messages to the brain that we’re doing fine and ready for action.

So if the Olympics have inspired you to work on your physical fitness, remember that confidence fitness goes hand in hand. So kick the little man off your shoulder, take a deep breath and get out there!